No matter how difficult it proves to be to get your ideas and stories down on paper, it’s more often the promotional aspects of “being a writer” that become the biggest obstacles for today’s author. In the following post, professional writer, Jessica Fender, shares a bit of her struggle in “getting the book out there”, as well as her suggestions on how to effectively use social media channels to engage readers and build relationships you’ll leverage for this, and every book you write.

Have you managed to finish your book and are you publishing independently? Great! Now, for the hard part – getting people to read it. ‘The hard part?’ you mumble. ‘Do you know how difficult it is to write a book?’

Yeah, I do. It’s difficult. Unfortunately, the marketing and social media plan can be pretty tough as well. In part, that’s down to the idea that you feel you’ve finished it. That’s certainly how I felt. I really didn’t want to go out there and sell it to people.

Actually, that’s not exactly how it went. First, I assumed the book would sell itself. People would read it. They would like it and tell other people about it. And so it would grow. If that was your plan as well then here’s my advice: Get another plan.

Books don’t sell themselves. Marketing sells books. So, if you really want to get your baby out there and read and you don’t have (or want) a publisher, you’re going to have to do that part as well!

That sounds depressing? It is a little bit, I’ll freely admit. At the same time, there is a silver lining to this marketing cloud. Today it has become easier than ever to actually get your book out there in front of people. Mainly because of social media. If you know how to implement social platforms into your marketing strategy correctly, you can get some serious traction without having to spend some serious dough. In fact, there are plenty of authors who managed to do so.

Your social network – and the relationships you subsequently build – are the currency of the 21st century author. Hopefully you’ve already built yours up. That’s a good idea if you want to hit the ground running. The main reason for that is that it can take time to build up a following and if that part is already behind you, then things are going to be a lot easier.

The days where you could post once a month on Facebook and hope to build a fanbase are gone (if they were ever here). But, there are a lot of options out there.

Before you get serious on social, you’ll want to experiment a little bit with the different platforms available. There are several reasons for that:

Then, when you’ve figured out which ones you like, don’t be afraid to turn off the rest. Otherwise you might end up with people following you on networks on which you’re not actually active.

Not quite. Though you might have started these networks to sell your book, if that’s all you try to do you can be assured nobody is going to follow you. Why?

Let me answer your questions with one of my own. Do you follow anybody who is only trying to sell you stuff? Of course not! Particularly, if they’re always trying to sell the same darned thing! You’ll either buy it or you won’t, but you certainly won’t become a follower.

To build a following you have to offer people value. You have to give them something that makes it worthwhile for them to add you to their feeds. That means sharing your personality as well as interesting content that people who may want to buy your book will actually be interested in.

That last sentence is crucial and one that a lot of writers (and other people as well) screw up. You want to market your book to people who will actually buy it and not to the people you’d like to impress (like, for example, other writers).

So, though you might want to talk about how to become a better writer, or give people links that do the same, that isn’t really the right strategy. Sure, other writers might buy your book. But they’re not necessarily your ideal audience. Better, instead, to focus on readers in the niche that you actually aimed your book at.

A lot of people don’t seem to have noticed this little detail, but it’s not called ‘soap box’ media. So, stop talking at people and preaching whatever it is you feel strongly about. Instead, it’s about engaging with them. Creating a connection with people and giving the feeling that they can’t just listen to what you’ve got to say but can also tell you what they think about things.

To do that, do this:

All of that will make it far more likely that they’ll stay actively engaged with you. And the more that is the case, the easier it will be to spread news of your promotions, your new books and everything else that you’re interested in. After all, people gladly do favors for the people they like. And the best way to get people to like us is to show an interest in them.

One of the most powerful ways to get your book in front of people is to have others that they respect, promote it. In business, that’s known as influencer marketing – with ‘influencers’ being people who already have the interest and the trust of their audiences.

Influencer marketing is a big topic, but here are a few things that you’ll want to consider:

Remember the visual side of things

Online, you’re competing with a lot of visual information.

For that reason, make use of visual strategies on social media. Create arresting images to attract people’s attention to your book. And one place you’ll want to start is obviously your cover.

We’re told we shouldn’t judge a book by its cover – because most of us do.

So, take great care in ensuring your book cover draws attention, sticks to genre expectations, and represents your writing in the most positive light. Then create visuals and graphics to fit the social media platform(s) you’ve chosen, and get people excited!

The truth is, if you’re going to sell a lot of copies of your book, you’re going to have to spend a lot of time making the “right” people aware of it. Successful authors accept this as part of the self-publishing equation.

The good news? All the effort you put into promoting this book will not just help you sell this one. It will also help you sell the next one. After all, the network will still be in place and the relationships you’ve built will be there for you to leverage for all of your subsequent books and projects.

About the author: Jessica Fender, professional writer, independent blogger and chief content officer at OnlineWritersRating.com. She is passionate about wise team management and self-development as a leader. Featured on Freelancer.com and Addicted2Success. 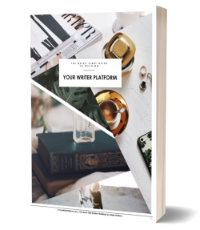